State Moves Ahead with New Per Gallon Hike in Gas Tax, Topping $.50 Per Gallon 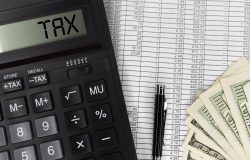 Despite an economy hamstrung by coronavirus-related closures and 6 million unemployed Californians, new tax rates for gas announced by the State of California effective July 1 increased again another $0.032 per gallon, bringing the total per gallon tax to $0.505.

Even prior to the new rates – effective through June 30, 2021 – California had the highest gas taxes and the highest diesel taxes in America, according to the Institute on Taxation and Economic Policy.

“What that means is that everyone – SCL customers, consumers – we’re all going to be paying more for fuel now, in general,” said SC Fuels Tax Manager Royd Baik. “This has nothing to do with fuel prices dropping or COVID; this is just the government taking an additional cut from everyone. Either companies will be taking a hit on those additional costs or they’ll be passing those on to their customers.”

The silver lining is there are multiple ways SCL can help customers mitigate additional expenses from these taxes, or any other challenges to end-of-year profits – from improving fuel efficiency to optimizing drain intervals.

While a small group of Sacramento lawmakers tried to block the latest increase, citing unemployment and statewide business closures, supporters ultimately won out. Over the next fiscal year, the additional gas tax will add $440 million to state budgets with fuel taxes across the board (to include diesel and air fuel) estimated to bring in $7 billion for road and bridge repairs.

The increase stems from SB1, The Road Repair and Accountability Act, signed into law by Gov. Jerry Brown in April 2017. That year, a $0.12 per gallon excise tax went into effect, and last year, another 5.6 cents was added, bringing the tax per gallon to just over $0.43 in 2019.

Delaying or canceling the gas tax increase would have required a vote of the Legislature, but the Democrat-controlled State Senate and Assembly had stated it had not considered halting an increase.

In the past, funds collected through the gas tax has been the subject of controversy, especially in relation to actions related to Newsom. In fall 2019, he was accused of wrongly diverting funds collected through the gas tax to pay for rail projects. Other criticism has come from using the funds for protected bike lanes in a small group of California cities.

What This Means for SCL Customers

Regardless of political support or opposition to the tax increase or the appropriation of funds generated from it, any and all tax increases lead to higher prices for businesses across the board. Although sectors directly involved in transportation – like fleets – will take an obvious hit, construction companies, the aviation industry, and others will also be affected.

“When you think about a single gallon of gas, an additional $0.03 doesn’t sound too bad – but when you look at the total tax, over $0.50 per gallon, then add that into all the businesses who get goods from one point to another, that increase will be multiplied several times over by the time it actually gets to the consumer or the business owner,” Baik said. “And this is on top of sales taxes that are increasing in cities throughout many of our service areas as well, so that adds up.

Cites and counties increasing their tax rate – which is added onto statewide sales and excise taxes – include several municipalities throughout Los Angeles County.

“This tax increase is just another hurdle companies across a number of industry sectors are experiencing right now,” said SCL VP of Sales Dan Dziwanowski. “Our experts, at this point, are well versed in taking a look at current operations and pinpointing where we can save companies money short-term with regard to cash flow and long-term with regard to quarterly and annual earnings. The reality is your average operations fleet manager doesn’t have the time to stay on top of every trend or product that can save you money; that’s why we’re here.”

There is some relief from the gas tax for certain applications, specifically those in the agricultural sector, Baik said. If certain conditions are met, qualifying businesses can get a 5.25% discounted tax rate on some fuel purchases.

For more information about whether you qualify to purchase fuel and lubricants at a reduced tax rate, contact your SCL representative today.