California Fuel Tax Increase – How Will it Affect Your Business? 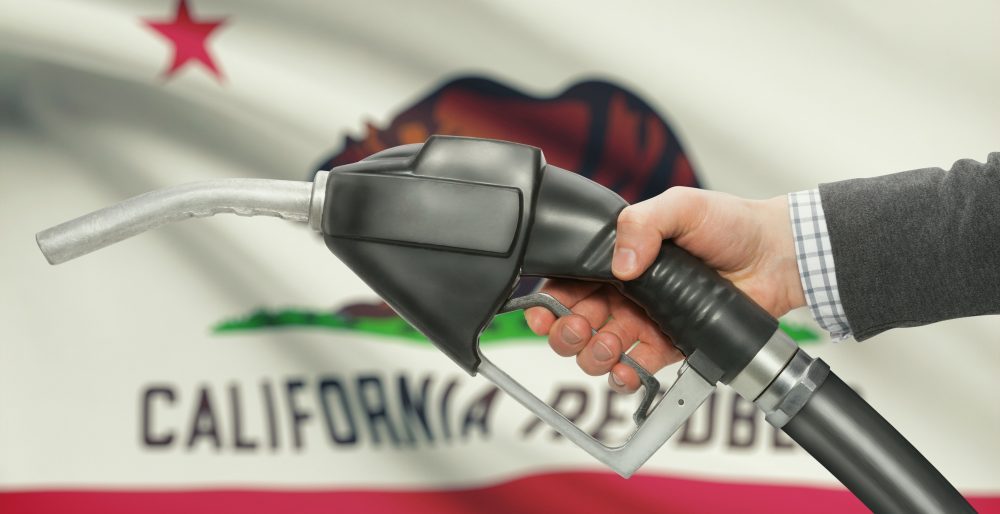 If you live in California, you’re probably well aware of how incredibly expensive gas is – second only to Hawaii in fuel costs. This year California business owners and consumers have found themselves gripped in a battle over a pending California fuel tax that will significantly raise the price of gasoline, diesel fuel and vehicle registration fees. The increase was proposed by Governor Jerry Brown in an effort to offset the cost of repairs for California’s highways and bridges, as well as the expansion of mass public transit systems such as a proposed bullet train slated to connect Los Angeles with San Francisco. With the possibility of this pending tax and the associated increase in the price of commodities, how will it impact your business and what are some ways that you can stay ahead of the curve financially? In this article we interviewed SC Fuels Tax Manager, Royd Baik about how the proposed excise tax will affect the market and your bottom line.

On April 28th, 2017 California Governor Jerry Brown signed into law Senate Bill 1, commonly known as SB1 or the “Gas Tax.” SB1 proposed an additional $0.12 per gallon excise tax on gasoline, an additional $0.20 per gallon on diesel, up to $175 more in vehicle registration fees and a 4% increase on diesel sales tax. The California fuel tax bill passed with a ? majority ruling, but has been met with significant controversy by many Californians, believing that the bill was drafted behind closed doors without the input of voters and the public.

From a special notice issued by the California Department of Tax and Fee Administration, entitled, New Tax Rates and Storage Tax Requirement for Motor Vehicle and Diesel Fuels – Effective November 1, 2017:

The Governor signed Senate Bill (SB) 1 (Stats. 2017, Ch. 5), The Road Repair and Accountability Act of 2017, which increases the excise tax rates on motor vehicle fuel (MVF) and diesel fuel, and the sales and use tax rate on retail sales of diesel fuel effective November 1, 2017. In addition to the fuel tax rate increase, retailers, wholesalers, and suppliers who hold in inventory tax paid MVF or diesel fuel on November 1, 2017, at 12:01 a.m., will need to file a storage tax return and pay a storage tax. The storage tax return and payment is due no later than January 1, 2018.

On May 3rd, 2017, Assemblyman Travis Allen from Huntington Beach, CA introduced a voter initiative to repeal the California fuel tax, stating that it will make California’s already exorbitant gas prices even more excessive. To successfully repeal SB1, 365,880 signatures are required from registered California voters to qualify for a spot on the November 2018 ballot. Without the signatures, SB1 will become operational as a law on November 1st, 2017. If enough signatures are acquired, the bill goes to voter approval in November 2018, where public input will be required for its implementation.

The Impact on the Transportation Sector and Commodities

Says Baik, “In general, the California fuel tax increase will impact every Californian, regardless of industry. When an excise tax increases, it gets passed along to everyone. Sometimes the political spin on it makes it sound relatively manageable, so you’re thinking about $0.12 on gas and $0.20 on diesel per gallon – not too bad. For the individual, that’s looking like a $150-$250 increase a year in fuel, and that might be the direct cost of fuel, but it doesn’t reflect the indirect costs – commodities, whose increases get passed along in a cascade effect that a lot of people don’t think about.”

“The transportation sector is a huge part of the movement and sale of commodities,” says Baik, “and at SCL Fuels we cater to a lot to agricultural, market-to-market customers. This tax is going to directly impact them because they will have to raise their prices to accommodate the fuel increase and registration fees, which will ultimately impact the end user. Distributors and suppliers are not going to eat this increased cost. They’re going to have to pass it along to their customers and up the chain. On an individual basis, an extra $150 a year isn’t going to be hugely impactful, but for companies, this will definitely hit home and will then circle back to the end consumer through the increased prices of everyday commodities like eggs, milk and bread.”

The Importance of Education and Involvement

Most Californians wouldn’t argue the idea that the state’s infrastructure and roadways require maintenance, but it was the political approach that has many voters feeling slighted, along with the management, or rather, mismanagement of previous excise tax revenue, which was appropriated for projects other than its original plan.

According to Baik, “Regardless of one’s political bent or opinion on the excise tax, prices are going up. You can expect that, so whether you’re for it or against it, the best thing you can do is educate yourself on the topic, get involved and speak with an SCL representative to see if you qualify for an excise tax or sales tax exemption.”

Excise tax and sales tax exemptions generally apply to state and governmental organizations. Exemptions are also available for businesses in the agricultural sector, who qualify to purchase fuel and lubricants at a reduced tax rate. Additional tax exemptions are also available based on specific use of products. Regardless of your industry, an SCL representative can help your business assess cost savings strategies to help you weather the pending tax increase and related rise in commodity expenses.

Whenever a new tax kicks in, suppliers in the industry have to pay a floor tax where they calculate their inventory and pay back taxes on it. As soon as the new law goes into effect, a business is not only paying the new rate, but also the difference, which prevents them from buying a surplus of fuel to stockpile at that lower rate and then sell at a higher price later. By speaking with an SCL representative you can assess your inventory needs, learn how to consolidate your inventory, monitor inventory electronically or switch to products that are usable across multiple applications. Regardless of whether SB1 goes through successfully this November or if it is added to the ballot in November of 2018, fuel prices will likely continue to rise, so staying ahead of the curve will allow your business to better weather the highs and lows of the market.

In a wide range of industrial sectors, if there’s metal touching metal, oil is involved. At SCL, we’re here to protect and optimize the machines that keep our country moving and we pride ourselves on providing superior logistics and solutions, extensive product and industry knowledge and total performance satisfaction for our customers. For information on how we can assist your fleet in choosing the optimal products at a competitive price, contact an SCL consultant today.