What Are You Paying For At The Pump: Your Fuel Taxes At Work 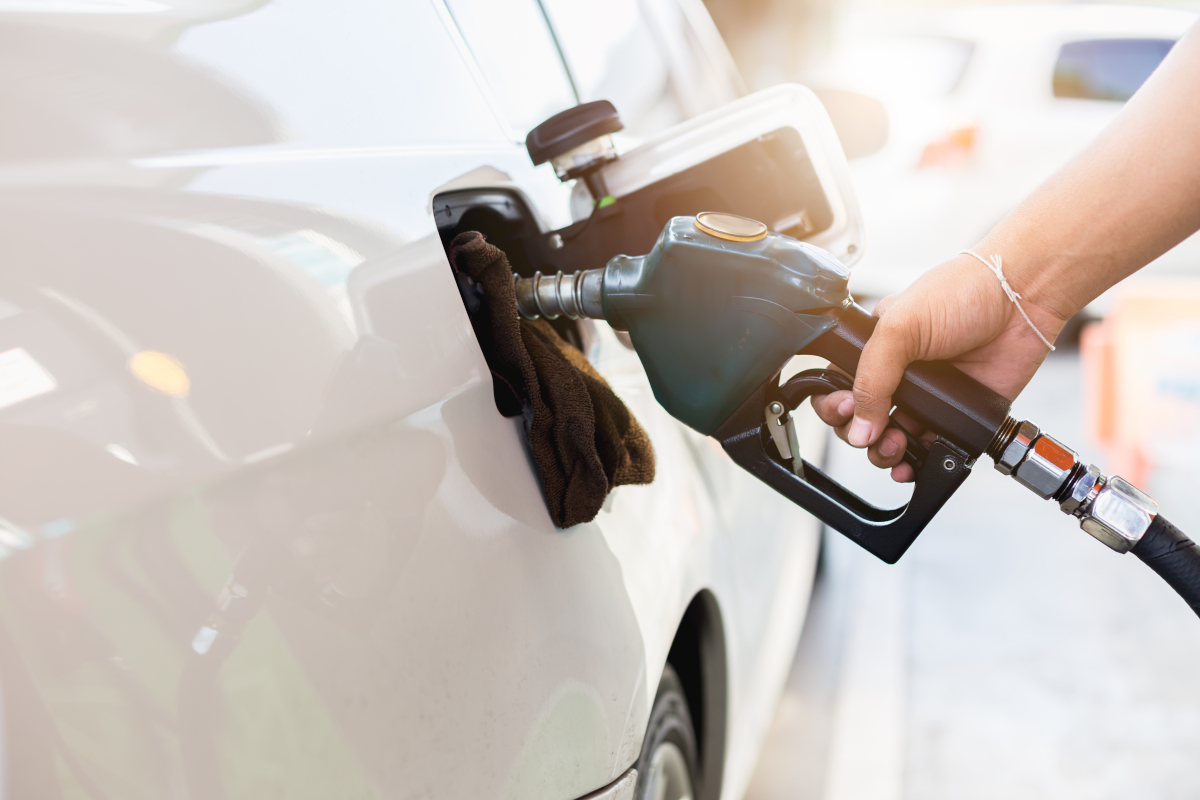 Picture this—you pull into the Shell gas station on Pico and Western. The Marquee reads $4.52 for regular unleaded, $4.92 for premium, and $4.50 for Diesel. But wait…weren’t gas prices more than $1 less just a year ago? Yes, but fuel taxes aren’t what they used to be.

Fuel is of course a necessity. Businesses and families obviously need their vehicles to get from A to B. The necessity of fuel, however, may have desensitized us to the fluctuations in prices. But, what if we ask ourselves “where is that money going?”

Ok, now let’s break it down and ask more specific questions. What do the funds from these taxes contribute to? Are they being allocated successfully? Plus, how much of what you’re paying at the pump covers fuel costs, and how much purely tax?

What Do California State Fuel Taxes Include?

According to the California Department of Tax and Fee Administration, the diesel fuel tax rate per gallon is $0.389 as of July 1st. Add to that the cost of various fees and more than 20% of diesel costs are related to government taxes and or mandatory fees.

The funds generated are intended to assist in much-needed road and bridge repairs. When SB1 was first implemented, the state needed $59 billion to maintain highways. Additionally, the legislation said, “cities and counties face a $78 billion shortfall over the next decade to adequately maintain the existing network of local streets and roads.”

Considering the consequences of poor road conditions—increased traffic, reduced safety, increased vehicle ownership costs—repairs like these provide many benefits to consumers and business owners alike. However, the newest tax increases place additional financial burdens on everyone. This leaves many wondering what exactly the California state fuel taxes include and whether the funds have been successfully used. 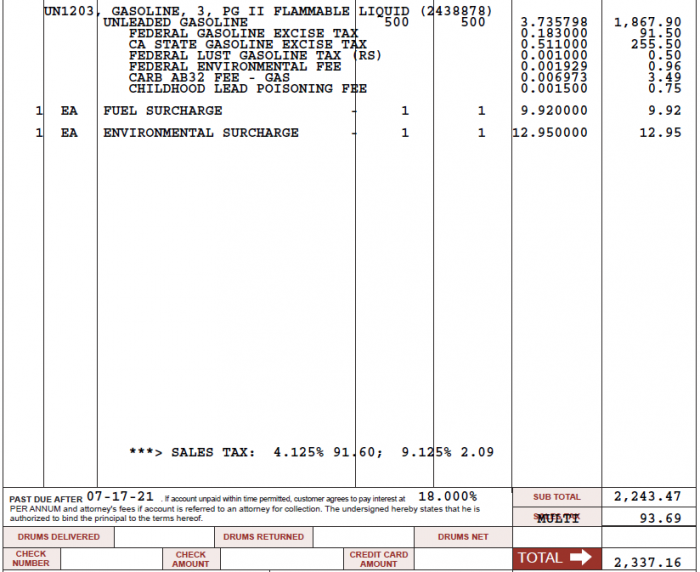 What Have Fuel Tax Increases Accomplished?

According to Caltrans, SB1  funds have made it possible to meet maintenance benchmarks.

The Los Angeles Times says, “the state has allocated about $16 billion in gas taxes and vehicle fees generated by Senate Bill 1, legislation signed into law in April 2017 by then-Gov. Jerry Brown with the promise of improving the state’s transportation systems after years of neglect.” It’s likely, however, that more money is needed to address various shortcomings and unforeseen factors (increased costs, climate change, etc.)

Currently, Caltrans says SB1 has allowed for the maintenance of 40% more lane miles, 85% more bridges, and 700% more culverts. However, there’s debate about some areas being neglected by Caltrans maintenance projects. Specifically, the Central Valley. A map of current Caltrans projects shows 439 projects either planned or in progress in the Central Valley. 270 of those projects are funded with SB1 money. Additionally, 203 projects in Central Valley have already been completed.

Have State Fuel Taxes Been Successful?

A 2020 report from CoPilot showed that roughly 46.2% of California’s urban roads are in poor condition. Several cities across the state were also included on lists of small and midsize urban areas with the worst roads. Additionally, the top three cities on the list of the ten worst roads in the country were San Francisco, San Jose, and Los Angeles.

Obviously, 2020 driving statistics were skewed with people traveling less. Even so, just last month, FleetOwner ranked I-5 (which extends from San Ysidro, California, to Blaine, Washington) as the 11th most deadly road in the U.S. In 2017 that same stretch of highway was ranked 16th. This has people asking whether the increased state fuel taxes are accomplishing their original purpose. As of today, the answer is unclear.

Travis Becktel, the General Manager of SCL, concludes, “California’s infrastructure is important not only for our state but regional and local communities as well.  We retain some of the busiest and most critical ports in the world, and our agriculture quite literally feeds this nation. Californians work hard for every penny they earn and we always want to know our money is being used for what it was intended for and not simply letting it ride. That’s why we need to ask whether we’re getting what we paid for. Are these funds contributing to the general fund? Are there hidden applications to these taxes unrelated to infrastructure building? These are important questions and our government officials need to provide clarification.”

With these newest increases, California’s total state taxes and other charges are now the highest in the country. For business owners, regardless of industry, these tax increases cut into your bottom line. Consequently, businesses must increase prices to accommodate these taxes. Eventually, these costs travel along the supply chain and impact everyone. While most Californians agree that infrastructure and roadways are in desperate need of maintenance, cost-saving solutions are now on everyone’s mind.

As with previous years, suppliers in the industry will pay a floor tax where they calculate inventory and pay back taxes at a later date. Now that the new tax increase has gone into effect, businesses will not only pay this new rate, but also the difference. By speaking with an SCL representative, we can help assess your inventory needs, learn how to consolidate your inventory, monitor inventory electronically, and/or help you switch to synthetic products that extend drain intervals and improve fuel economy.

In a wide range of industrial sectors, if there’s metal touching metal, oil is involved. At SCL, we’re here to protect and optimize the machines that keep our country moving and we pride ourselves on providing superior logistics and solutions, extensive product and industry knowledge, and total performance satisfaction for our customers. For information on how we can assist your fleet in choosing the optimal products at a competitive price, contact an  SCL consultant today.