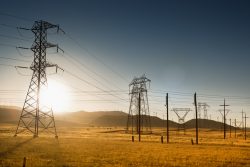 The energy crisis in California is very real, but will new power plants solve the grid problem? The answer isn’t quite as simple as it appears.

It’s no secret that California’s grid has been strained over the past several years as energy demand increases fueled in part by population increases and strict regulation. It’s a topic we find ourselves returning to again and again, and for good reason. The heatwave of 2020 required rotating power outages, and in 2021 California ordered flex alerts and a stage-2 power-grid emergency when triple-digit temperatures caused electricity demand to soar. Additionally, the Wall Street Journal says the future closure of power plants including the Diablo Canyon nuclear plant slated for closure in 2025 is causing an energy scramble.

One has to wonder how to become carbon neutral by 2045, which is the stated objective, when a major source of emissions-free energy is being removed. A report from Stanford-MIT finds that without Diablo Canyon, the state’s electricity shortage would have been three times as severe during last year’s massive blackouts.

While alternative energy sources, like floating wind farms, promise to provide additional power while weaning California off other energy sources, there won’t even be a strategic plan developed for them until 2023. Additionally, there are still several hurdles for this technology to overcome (including risk to sensitive marine habitats and commercial fishing).

In the meantime, we still need energy. Consumers need electricity for their homes, businesses need energy to operate, and essential services like hospitals and other medical facilities, data centers and fire departments need energy to continue serving the public.

Considering the recent closure of some California power plants over environmental concerns, the latest efforts to combat energy shortages are ironic, to say the least.

On September 10, 2021, the Department of Energy issued a 202(c) emergency order pursuant to the Federal Power Act to the California Independent System Operator Corporation (CAISO) authorizing “specific electric generating units located within its service territory to operate at their maximum generation output levels.” The purpose of this is to preserve the reliability of the bulk electric power system, which is often strained due to excessive energy needs during wildfires, extreme heat, and droughts.

However, the executive order also states, “CAISO anticipates that the emergency order it requested may result in exceedance of National Ambient Air Quality Standards (NAAQS) under the Clean Air Act.” The order acknowledges the environmental conflict and states, “To minimize adverse environmental impacts, this Order limits operation of dispatched units to the times and within the parameters determined by the CAISO for reliability purposes, and subject to the conditions set forth in this Order.” Whether that will be enough to offset emissions remains to be seen.

This conflict, however, does emphasize the seriousness of energy shortages in California. Additionally, the CAISO request letter details the affected plants:

• The Walnut Creek Energy Park in the City of Industry, CA

• New units at the Roseville Energy Park in Roseville, CA

Indeed, after the exorbitant energy required during the summer, Governor Gavin Newsom ordered the construction of temporary power plants. These power generation facilities, which became operational in September 2021, are designed for emergency use and will only be activated when an energy crisis may cause an outage. The units run on natural gas but can run on a blend of up to 75% hydrogen.

Two of the plants approved by Governor Newsom are located in Yuba City and Roseville Energy Park adjacent to existing plants. Their strategic placement allows them to easily connect with the current power grid and they are designed to respond quickly in case of emergencies. The real question is whether or not these emergency power plants will provide enough energy during times of grid strain.

Grid operators estimated that 2021 could see a 3,500-megawatt energy shortfall, and the summer of 2022 could be even worse.

Powered by natural gas, the four new plants already in place can be quickly activated, and “together they can generate up to 120 megawatts of energy. That’s enough to power about 90,000 homes.” If four of these plants generate that much energy, then California will need over 100 to make up a 3,500-megawatt energy deficit over time.

Whether these measures will be enough, or whether they’ll happen quickly enough, remains to be seen.

Keeping our municipal partners (fire departments, police fleets, ambulances, etc.) operational is not a trivial matter. For this reason the investment in emergency generators was a non-negotiable for us. Additionally, these generators help thousands of other customers (commercial, retail, and the general public) at SCL cardlock stations by securing fueling resources in the event of a blackout situation.

As an additional assurance to our customers, we’re able to provide loaned equipment and on-site fueling, particularly during generator stress testing when hundreds of gallons of fuel are needed during several hours of operation.

Don’t wait until an emergency happens. Contact an SCL consultant today to discuss your emergency response plans and on-site fueling options for generators.

In a wide range of industrial sectors, if there’s metal touching metal, oil is involved. At SCL, we’re here to protect and optimize the machines that keep our country moving and we pride ourselves on providing superior logistics and solutions, extensive product and industry knowledge, and total performance satisfaction for our customers.

As a safety precaution, we highly encourage our partners to periodically reevaluate their emergency response and or contingency plans in the event of a natural disaster or power outage. For more information on how to assess your emergency response plans, contact an SCL consultant today.