Trusting the Grid: How California Businesses Can Prepare for Grid Failures 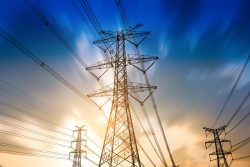 Precautionary Measures for Companies, Critical Infrastructure and Municipalities to Take For Short- and Long-Term Stability

As temperatures continue to rise, most of us are anxiously monitoring the state of California’s power grid. While most only think of their own lights in their own home, the reality is that power is everywhere.  The biotech companies working on critical research, the kidney and healthcare logistics teams, cold storage facilities that supply our grocers, and thousands of other business entities that keep our lives functioning. All of them need to trust the grid or develop a contingency plan.

And for good reason—the heatwave we endured last year required rotating power outages. This year, the state of California has already ordered a stage-2 power-grid emergency as heat waves in the triple-digits are increasing the demand for electricity.

Amidst these hurdles, businesses still need to operate and are desperately looking for solutions in preparation for potential grid failures. We are working with data warehouses, hospitals, food storage, municipalities, and critical infrastructure such as telecommunications to keep the power on.

Why California’s Power Grid is At Risk

California’s power grid has been struggling for years to keep up with electrical demands during hot summer and fall months. Just last year nearly 800,000 businesses and residents in California went without power for several days because of a voluntary shutdown by PG&E. That decision, which contributed to billions of dollars in liabilities, was made to avoid potential wildfires caused by high winds and dry conditions. Factor in power safety shut-offs due to potential or existing fires in your region, and the truth is that we cannot trust the power to be on like we once could.

From June through August much of California has been under Excessive Heat Warnings. Autumnal temperatures in recent years have often exceeded summer temps. Recently, even states like Washington and Idaho lost power when soaring temperatures exceeded the capacity of their electrical systems. With droughts and water shortages, triple-digit temperatures, and only recently contained wildfires, California’s power grid is still very much strained.

Additionally, neighboring states aren’t as equipped to supplement California’s power needs. According to Bloomberg, “The Oregon-based Bonneville Power Administration said it had to reduce capacity on a key transmission line, the Northwest AC Intertie, by 90% because of the Bootleg fire.” The state has already requested power conservation tactics, but the Chief Executive Officer of California-ISO said, “that consumer conservation to avoid outages may be needed for years.”

The Cost of California’s Unstable Grid

Every year,  power outages remind California businesses of the importance of preparedness planning. Grid operators knew of the upcoming heatwave and yet disruptive blackouts still occurred with little public warning. The cost of these blackouts, financially and otherwise, was exorbitant.

In a California ISO report, it was determined that a combination of extreme weather conditions, resource adequacy and planning processes, and market practices were to blame. These conditions led to 491,600 customers losing electricity anywhere from 15 minutes to over two hours on August 14th, 2020. The next evening, 321,000 customers lost power and additional blackouts would have occurred between the 17th and 19th without the emergency measures that were put in place.

Our key learning: if you think government institutions and other entities such as the utility companies are going to solve this problem anytime soon then you are fooling yourself.

Altogether, these blackouts ended up costing billions of dollars. By itself, the city of San Jose “lost at least half a million dollars.” Business owners lost thousands. Workers lost revenue because they weren’t able to work during blackout conditions. Additionally, supply chains were disrupted due to a lack of power for fuel providers.

This year it is anticipated that energy shortages in California could be upwards of 3500 megawatts or 2.6 million households worth of electricity. Additionally, “extreme drought has slashed 1,000 MW of hydroelectric power capacity; wildfires threaten transmission lines that bring in power from other states, and a fire at a San Francisco-area gas plant knocked out 300 MW of supply.”

How We Have Acted?

Many businesses are now, understandably, investing in emergency generators—and we’re prepared to help. Without fully functioning generators, it’s impossible for anyone to fuel vehicles or keep businesses running smoothly. That’s why, in 2016, SCL invested over $100,000 to install emergency generators at two of our own San Diego service stations.

Keeping our municipal partners (fire departments, police fleets, ambulances, etc.), operational is not a trivial matter. That’s why the investment in emergency generators was a non-negotiable for us. Additionally, these generators help thousands of other customers (commercial, retail, and the general public) at SCL cardlock stations by securing fueling resources in the event of a blackout situation.

Our generators have been stress-tested to maximum capacity. That means our SCL cardlock fueling stations in Vista and San Marcos will remain fully operational should the grid become unstable. On top of that, generators also include bypass connection cable networks that wire the units directly into the SCL grid. As an additional assurance to our customers, we’re able to provide loaned equipment and on-site fueling, particularly during generator stress testing when hundreds of gallons of fuel are needed during several hours of operation.

Our trucks deliver fuel on-demand to customers requiring either bobtail or wet-hosing services across California–the construction site in one area does not want to stop because fuel is not available. We’re also equipped with fast-flow nozzles, which pump out fuel at a rate of 50-60 gallons a minute. On-site fueling is all about convenience for our customers and logistical control for those who need to save time while monitoring operating expenses.

Don’t wait until an emergency happens. Contact an SCL consultant today to discuss your emergency response plans and on-site fueling options for generators.