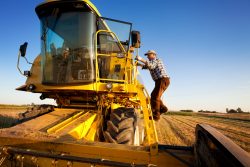 In the early months of 2021, experts stated that spikes in urea prices were driven by greater demand in the agriculture industry and more prevalent use among diesel-engine vehicles. Although price increases during the spring planting season isn’t uncommon, the 2021 spikes came earlier and have occurred more frequently than the past seven years.

As a direct result, experts predict increases for Diesel Exhaust Fluid (DEF) will follow suit, much as they have this year as prices for finished lubricants have hit.

Composed of 32.5% urea and 67.5% de-ionized water, DEF is injected into the exhaust stream of diesel engines, breaking down harmful NOx emissions into nitrogen and water vapor. Because of its high content with urea, and the higher quality of urea it takes to manufacture DEF, the prices of urea most often drive the cost of DEF.

The Lowdown on Urea

Farmers globally have created a strong demand for urea, also a key ingredient in nitrogen fertilizer, in the midst of five major urea producers undergoing scheduled shutdowns that are expected to last 4 to 8 weeks.

Those shutdowns also create higher logistical costs for both urea and DEF, as they must be shipped from supply points further away.

Although the DEF index (NOLA) prices have stabilized after a six-month escalation, Jobbers World stated in June, “many distributors, however, are faced with continued cost increases related to DEF. This has led to price increases in June that are decoupled from the index.

The world’s highest consumer of urea and urea fertilizers is China, which uses almost one-third of global urea production. In 2018, the country’s urea production hovered around 69.5 million metric tons.

“The quality of urea used in DEF is higher than that used for agricultural purposes, so when that base line of urea increases, all the products that use it increase up the chain,” said SCL General Manager Travis Becktel. “We don’t usually get to prepare our customers for price increases, but in this case, it’s safe to say our DEF customers should start making moves to account for those. That means contacting an SCL expert to talk about measures like bulk purchasing, savings elsewhere through different products or ordering patterns. SCL partners with a supplier that’s minimally impacted by urea shortages and the supply of DEF right now as these factories continue their shutdowns, but supply is limited. We definitely encourage our customers to place their orders now so they can be prepared.”