The Winners and Losers in Oil Price Increases 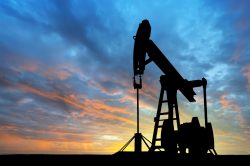 In the wake of price increases on finished lubricants, it’s important to understand not only the causes of those increases but also who the true winners and losers are when they occur.

About 80% of domestic oil and gas companies in the United States are very small, often with fewer than 10 employees, according to Investopedia. And because the sector is so highly regulated by states and the federal government, it’s dominated by large international corporations that can afford to adapt to ever-changing and advancing regulations.

On top of standards first introduced with the Clean Air Act – the effects of which most in the oil and gas industry agree have been “mainly positive”– the pandemic has seemed to put moves toward green energy and away from petroleum on “fast forward,” according to Deloitte.

In the face of a commitment to clean energy by the new administration, a volatile economy, and supply shortages, the price of oil still plays a major part in the health of the nation’s economy. Here’s who comes out on top when price increases are enacted and what you need to know about it.

Once the United States began increasing our reliance on imported oil during the Vietnam war era, Arab countries and the Organization of the Petroleum Exporting Countries (OPEC) began to increase its influence on oil prices.

As of 2018, the 13 member countries of OPEC held about 79.4% of the world’s proven oil reserves and produced about 40% of the world’s oil supply. The discovery of shale oil in the United States in recent years has threatened to relinquish some of OPEC’s control on setting oil prices. In 2019, for example, the United States’ oil production was almost 19.5 million barrels per day, making it the world’s largest oil-producing country, according to the Energy Information Administration (EIA).

Despite growth in the American oil market, Saudi Arabia, Russia and Iraq remain the world’s largest exporters of oil. The cost to produce oil in those countries is also among the lowest in the world – which means increases in oil prices largely benefit companies based in those countries.

Critics of the recent revocation in the Keystone XL pipeline’s permit and the order from President Joe Biden for a moratorium on new oil and gas leases on federal land and water areas state those moves will continue to cede power to top oil-producing nations when it comes to price setting.

In addition to supply and demand like other commodities, the price of oil is much more complex, taking into account economic conditions, inclement weather, political disruptions, as well as OPEC decision making.

What You Need to Keep in Mind

Once prices are set, oil manufacturers then determine the pricing for all lubricant distributors like SCL. When costs for raw materials in the form of crude, base oils, additives and even packaging materials increase, oil manufacturers pass those increases onto distributors, who pass them on to customers, who then continue that pattern down the line. This method is known as a cost pass-through, and is a common strategy in many industries.

“At this point, it’s not if prices will increase; it’s when and how often,” said SCL General Manager Travis Becktel. “We want our customers to know that when those increases occur, distributors like SCL are not the beneficiaries. The real beneficiaries are foreign interests, large oil producers, and companies located here in the United States that operate at a lean infrastructure that allows them to maintain the ability to respond to regulations.”

For information on how to decrease expenditures through services like oil analysis, preventive maintenance, and exploring new products, contact your SCL representative.