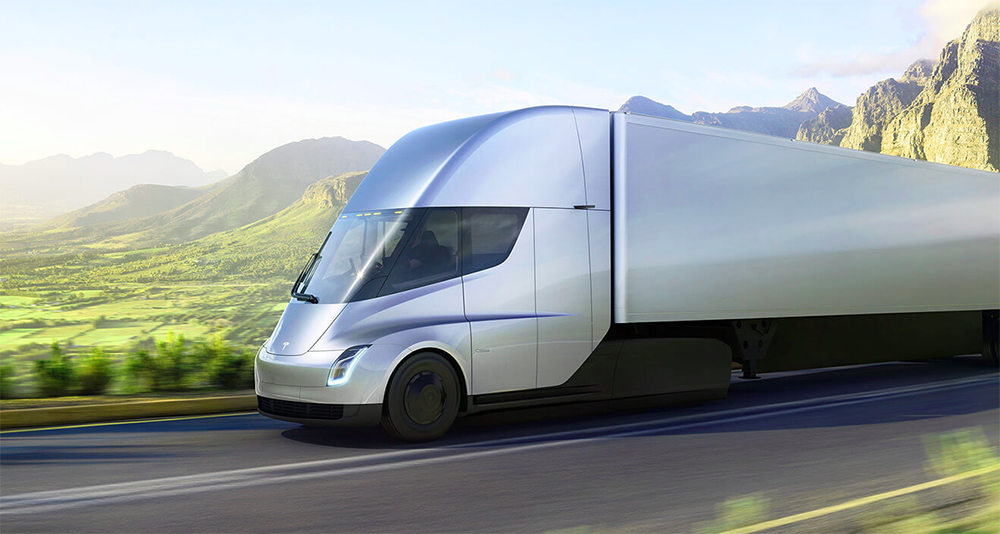 The Safest, Most Comfortable Truck Ever

“Semi is the safest, most comfortable truck ever,” according to Tesla.com. A lofty statement, but with prototypes of the electric semi tractor/trailer/truck on the ground and pre-orders being taken, the Tesla Semi Truck is gaining serious traction within the freight and hauling industry. With four independent motors, Semi boasts maximum power and acceleration with the lowest energy cost per mile. With the ever increasing cost of petroleum products, such an investment may spell success for freight haulers in longterm cost savings.

Sci-Fi Sleek with a Solid ROI

Sci-fi sleek with a central touchscreen console, drivers will be able to stand up in the cab while driving, allowing for a significant increase in comfort, greater visibility and a lower center of gravity to decrease rollovers. In November of 2017, Tesla CEO Elon Musk unveiled the next generation of electric vehicle technology that stands to revolutionize one of the most energy intensive and polluting industries in the world – trucking. In February 2016 there were 15.5 million long-haul commercial trucks on the road, and despite stringent federal and state emissions regulations, low-sulfer diesel and cleaner burning engines, the CO2 output of the trucking industry is undeniably significant. Consider also the cost. According to Pacific Standard, “A new sleeper tractor, averaging around seven miles per gallon, will run you about $130,000. At 120,000 miles per year, you’re looking at $50,000 to $60,000 in fuel per year (at current prices). (In 2015) when diesel was averaging $4/gallon… (that totalled roughly) $75,000 annually. Just two years of fuel consumption could run a fleet owner more than the cost of the truck itself.” 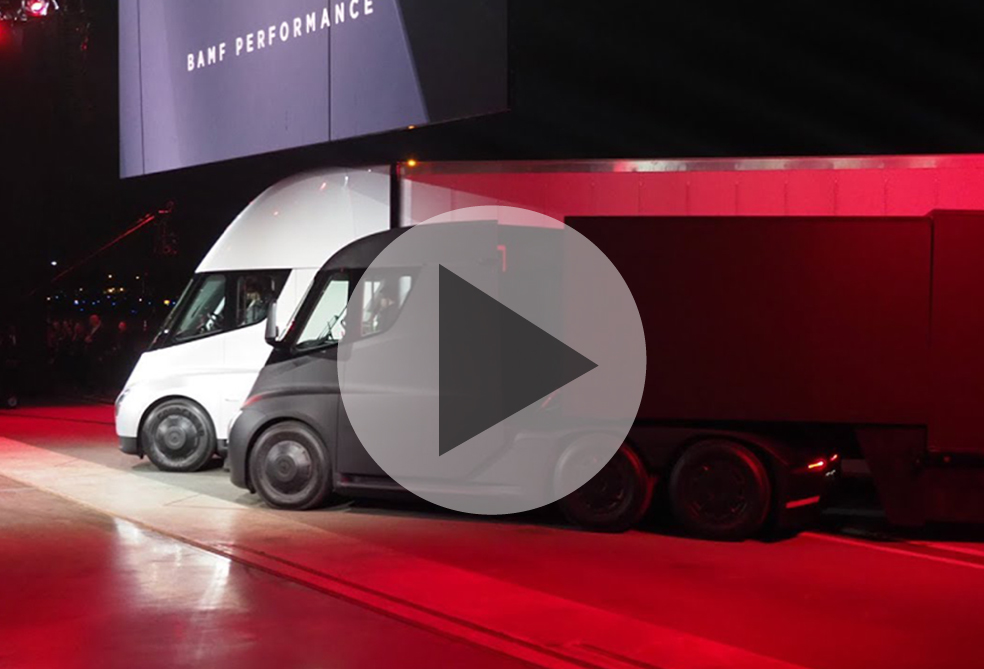 From as a small as a Chicago landscaping company up to Wal-Mart, with 6,000 trucks in its current fleet, many companies are pre-ordering Tesla Semi Trucks. Wal-Mart recently purchased 15 Tesla Semis – 5 for Wal-Mart US and 10 for Wal-Mart Canada, hoping to explore electric technology in the management of its supply chain as well as to adhere to sustainability goals of lowering shipping emissions. Freight shipping giant JB Hunt also recently announced that they have reserved multiple Tesla Semis, along with Anheuser-Busch (40), Sysco (50) and Pepsi (100), who are all considering introducing the new electric technology into their fleets. In December of 2017, the United Parcel Service made the largestTesla Semi Truck single order yet at 125 trucks. With the November 2017 unveiling, production of the Tesla Semi is slated for 2019, even with a lagging Model 3 mass market production schedule. As with previous Tesla models, the first batch of Tesla Semi Truck models will represent a Founder’s Series with reservations currently being made at a Founder’s fee of $200,000 per truck.

Because of the heavy loads carried by long-haul, big rig trucks plus extended cross-country distances, battery technology continues to pose a challenge to the mainstream adoption of EV technology. Rapid degradability of truck batteries are another concern when pulling heavy loads for long distances annually. But as with other electric vehicle models, the industry continues to keep pace with technological demands, with expanded EV infrastructure spanning the continent and the evolution of battery life that allows for greater and greater distances.