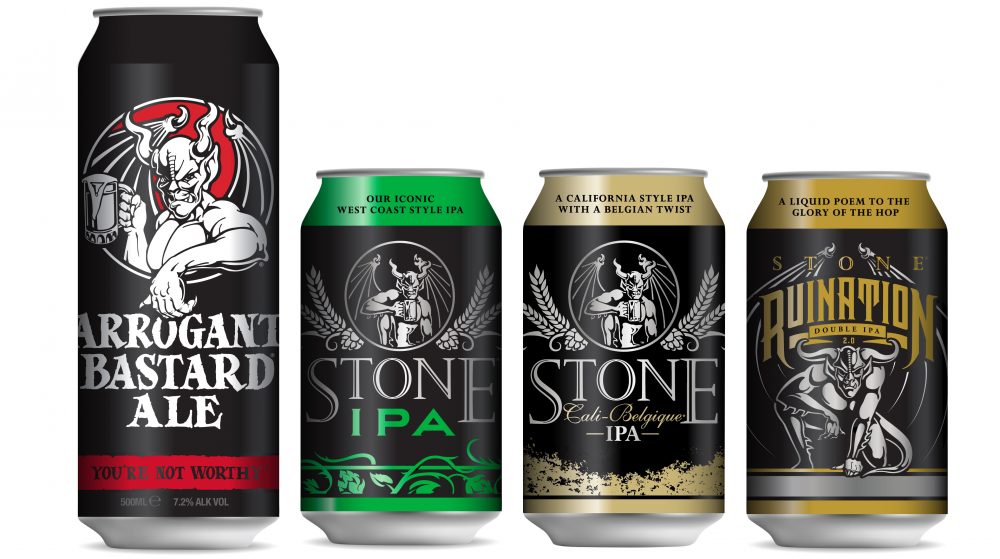 As a logistics and solutions provider, SCL has been developing relationships with some of California’s top brewers, providing them with the cleaning supplies and heat transfer fluids that they need to brew their award-winning beer. In this article, we reached out to Lizzie Younkin, PR Manager for Stone Brewing – California’s leading Brewery – to talk about what beer she’s currently digging, what separates Stone from the competition and how quality and integrity factor into their overall mission.

The Beer That Epitomizes San Diego’s Laid Back Lifestyle

Stone Brewing has become synonymous with the laid back lifestyle of San Diego, California. Originally founded in San Marcos and now headquartered in Escondido, Stone is the largest craft brewery in Southern California, employing over 1,100 people, and it ranks 9th in the United States among national craft breweries. With its flagship Stone IPA and it’s wildly popular Arrogant Bastard Ale, Stone dominates the San Diego and west coast craft brew market. With a high hop composition, Stone beers pack a mean, delicious punch, generally ranging from 4.8% to 13% alcohol-by-volume. They boast the exceptional honor of having been rated the #1 “All Time Top Brewery on Planet Earth” by the readers of Beer Advocate, and they’ve won awards at multiple national and international competitions, including the Great American Beer Festival, The World Beer Cup, and the US Open Beer Championship.

From the beginning, Stone founders Greg Koch and Steve Wagner were committed to brewing “outstanding, unique beers while maintaining an unwavering commitment to sustainability, business ethics, and the art of brewing.” They chose the gargoyle as their mascot, whose image has adorned the walls of buildings for centuries and is thought to protect against evil spirits. According to their website, since their founding in 1996, the gargoyle has helped them “ward off cheap ingredients, pasteurization and chemical additives… the modern-day evil spirits of beer,” and in keeping with their mission, in 2008, the brewery installed solar panels at their Escondido headquarters, slashing their energy consumption nearly in half. The switch to solar is estimated to offset more than 538,000 pounds of carbon emissions over the lifetime of the solar array – the equivalent to planting 204 acres of trees. Stone’s brewery menu also features locally grown ingredients that maintain their commitment to sustainability and quality and they are now the largest restaurant purchaser of local, small-farm produce in San Diego County.

On the future of Stone Brewing, Lizzie Younkin shared the following. “The expansion of our Stone Brewing outposts is really exciting. We just celebrated the one-year anniversaries of our new brewery and Stone Brewing World Bistro & Gardens in Berlin, as well as our brewery in Richmond, VA, and later this year we’ll be opening a small brewery and tap room in the heart of Napa Valley. Throughout all of this, we’re releasing some incredible new beers, so keep an eye out for Stone Xocoveza this winter – our winter spiced mocha stout, reminiscent of a Mexican hot chocolate, and the Stone Scorpion Bowl IPA launching early next year, which packs incredible tropical flavors into a bold IPA.”

A Commitment to Quality and Integrity

Mirroring SCL’s core commitment, “Quality and integrity are at the foundation of what Stone is,” said Younkin. “Something we’re very outspoken about is that we’ll never sellout to corporate ‘Big Beer,’ so that we can continue to maintain our commitment to high quality and integrity. Our beers are the freshest you’ll find. We use only the best ingredients and we’re navigating the changing craft beer industry with a goal of success for the craft brewing industry as a whole.” Since their beginning over 20 years ago, Stone has grown from their Escondido headquarters to multiple locations across California, the country and now the world. Their quality beer continues to flow, setting the bar high for other California brewers and national standards of quality and international appeal.

At SCL, we’re here to protect and optimize the machines that keep our country moving and we pride ourselves on providing superior logistics and solutions, extensive product and industry knowledge and total performance satisfaction for our customers, whether they be brewers, long-haul truckers or manufacturing facilities. For more information on how we can assist your organization in developing a program that mirrors your commitments, contact an SCL consultant today.