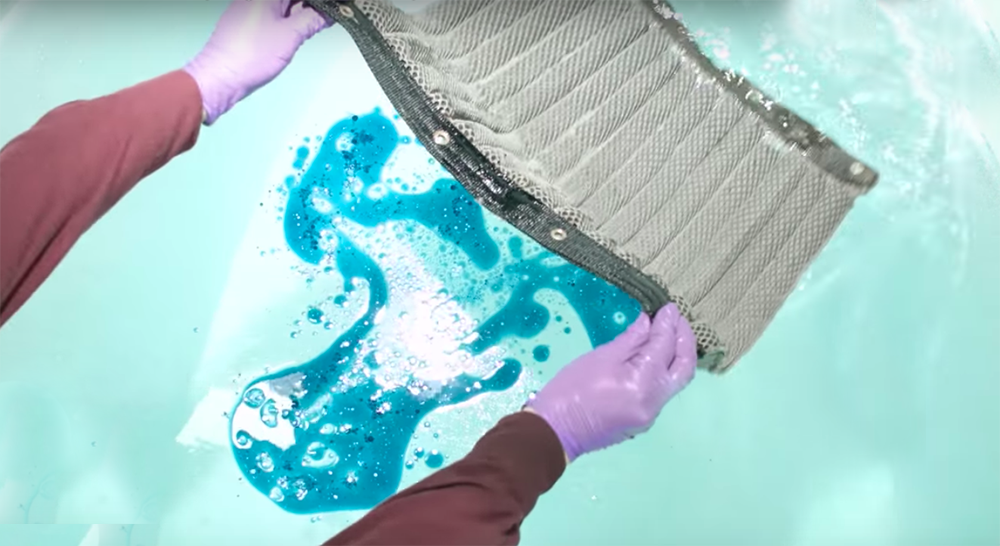 Unfortunately, oil and diesel spills happen, and when they do, they leave behind a wake of environmental and economic devastation. According to an article published on LiveScience.com, “1.3 million gallons of petroleum are spilled into US waters from vessels and pipelines in a typical year. Between 1971 and 2000, the US Coast Guard identified more than 250,000 oil spills in US waters, according to a 2002 report from the US Department of the Interior Minerals Management Service, now referred to as the Bureau of Ocean Energy Management. Approximately 1.7 billion gallons of oil were lost as a result of tanker incidents from 1970 to 2009, according to International Tanker Owners Pollution Federation Limited, which collects data on oil spills from tankers and other sources.”

Spill cleanup can take decades, and the effects on industries such as fishing and tourism can measure in the billions of dollars, not to mention significant loss of revenue for drilling operations in product, fines, and reputation. When oil, diesel and other petroleum spills occur, the effect is not always limited to surface waters, as was the case with the 1989 Exxon Valdez spill in Alaska’s Prince William Sound that released 41,000 cubic meters of oil onto the water surface, remediated via burning and skimming techniques. In some cases, such as with the 2010 British Petroleum Deepwater Horizon drilling blowout in the Gulf of Mexico, millions of gallons of oil erupted from the ocean floor creating a vertical column of oil that remained subsurface and was nearly impossible to control or remove with standard techniques.

Nearly 8 years later, the effects of the Deepwater Horizon spill – the most devastating spill recorded in US history at 780,000 cubic meters of oil – is still being felt by the citizens and business owners of the Gulf of Mexico. But despite the negative environmental, economic and health effects of such technological and/or operational breaches, a promising solution for spill cleanup has been developed by the scientists at the US Department of Energy’s Argonne National Laboratory in Illinois – the Oleo Sponge. 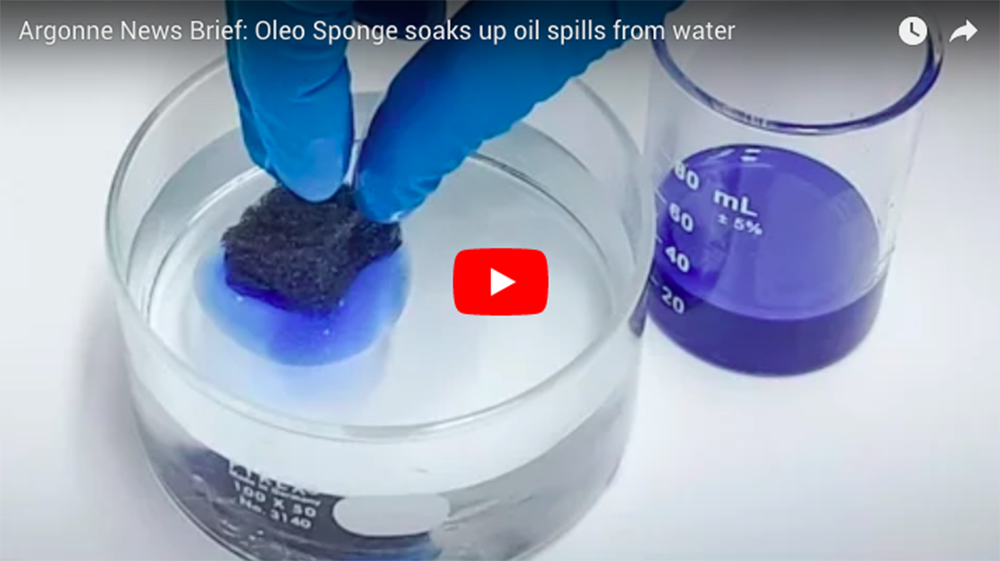 Funded by the US Coast Guard and the Bureau of Safety and Environmental Enforcement, Oleo Sponge’s nanoscale material easily absorbs oil from water, is reusable again and again for spill cleanup, salvages the reclaimed oil for future use and allows for its removal from not only the surface but from plumes suspended within an entire column of water. From an Argonne press release, says co-inventor Seth Darling, “The Oleo Sponge offers a set of possibilities that, as far as we know, are unprecedented. The material is extremely sturdy. We’ve run dozens to hundreds of tests, wringing it out each time, and we have yet to see it break down at all.”

Many molecular structures are oleophilic, meaning that they are“oil loving,”and therefor oil absorptive, but the Oleo Sponge is unique in that it is the first example of an oil absorbing material with a permanent molecular structure, allowing it to be used and reused again and again. With a polyurethane foam base, the sponge has a porous and crevassed surface combined with revolutionary surface chemistry known as Sequential Infiltration Synthesis (SIS), which has the ability to infuse and embed rigid metal oxide atoms into nanostructures such as polyurethane. Using SIS technology, scientists at Argonne were able to adhere a thin layer of metal oxide to the surface and interior of the foam, creating a primer layer that serves as a magnet or glue for oil-loving molecules to attach. These oleophilic molecules adhere to the metal oxide primer while simultaneously absorbing oil molecules from the water.

Having a reusable sponge to soak up oil from not only the surface of the water but from plumes suspended within a water column is revolutionary in and of itself, but Oleo’s ability to be reused again and again for spill cleanup and to actually recover viable oil makes it an incredible resource for a safer, cleaner future of oil exploration.  Besides being tested for use in oil drilling cleanup and recovery efforts, the Oleo Sponge is also being tested as a tool for cleaning harbors and ship ports that accumulate films of oil and diesel as a result of heavy maritime traffic. Other potential applications for the sponge technology include electric utility operations, manufacturing and the automotive industry.

Oleo’s developer, the Argonne National Laboratory conducts leading-edge basic and applied scientific research in virtually every scientific discipline, working closely with researchers from hundreds of companies, universities, and federal, state and municipal agencies and with employees from more than 60 countries around the world. The Argonne National Laboratory is managed by UChicago Argonne, LLC for the USDepartment of Energy’s Office of Science, the single largest supporter of basic research in the physical sciences in the United States, working to address some of the most pressing scientific and technological challenges of our time.

The potential for the Oleo Sponge to revolutionize petroleum spill cleanup is highly promising, and its developers estimate that it may be ready for mainstream implementation within as few as 5 years. Compared to existing industry response options for coping with spills such as chemical dispersants, burning or skimming techniques, the Oleo Sponge is an environmentally superior option that does not negatively affect animals and sea life. As its technology continues to evolve, questions remain as to Oleo’s effectiveness when dealing with spills at extreme depths such as the Deepwater Horizon disaster. Thus far, its surface and subsurface performance is excellent, but scientists are exploring how to increase the stability of the sponge to soak up more and more material. A new type of foam – polyimide – is being tested in place of polyurethane and can soak up to 90 times its weight in oil, 3 times more than polyurethane foam. The implementation of this new material allows for a small quantity of absorbent to be used in the removal and mitigation of a large quantity of oil. Current removal technology employs single-use absorbent material that becomes saturated with oil and then requires safe disposal. With large spills, such single-use methods are cost prohibitive and generate a significant amount of waste. The reusability of Oleo, simply requiring it to be dunked, the reclaimed oil wrung out like a wet sponge or towel into a holding container and then dunked again is a huge resource for spill response crews.