Understanding the Difference Between CO2 and NOx 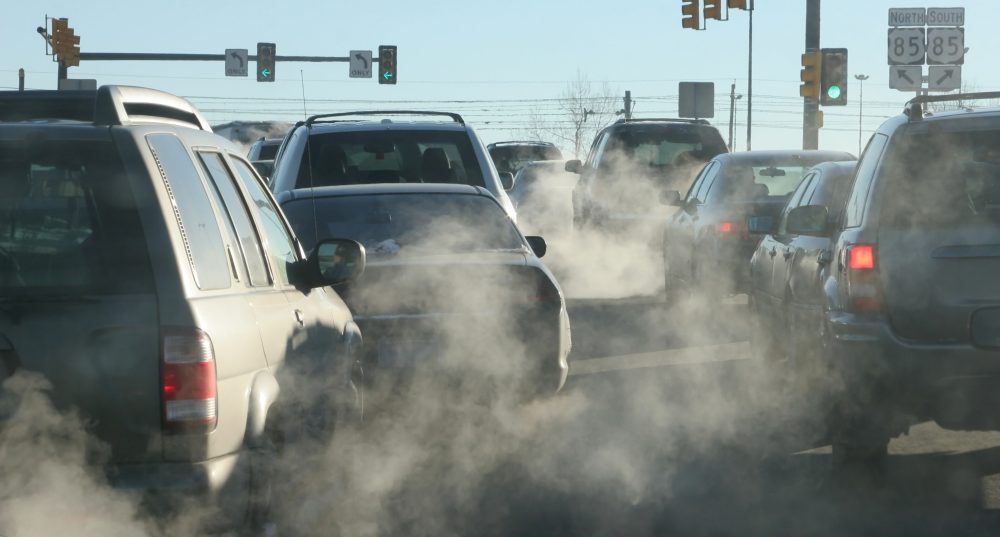 The Chemical Composition of CO2 and NOx

As fleet managers and heavy equipment operators, it’s important to understand the difference between the most common emissions and why they are so heavily regulated. If you are a business that operates heavy machinery or a fleet of trucks, you are most likely familiar with CO2 and NOx emissions. In the modern world where it seems as though everything is increasingly regulated, CO2 and NOx are perhaps the most highly regulated emissions of all due to their association with greenhouse gases, global warming and climate change. In general, emissions such as CO2 and NOx are described as gases and particulate matter that are emitted into the air and atmosphere by a wide spectrum of sources, such as vehicles, trucks, refineries and heavy equipment.

The Earth’s atmosphere is made up of a diverse mix of gases including 78% nitrogen (N), 21% oxygen (O) and roughly 1% additional gases that include about 0.04% carbon dioxide (CO2). Carbon dioxide is a highly common, naturally occurring gas that is colorless, odorless and consists of one carbon atom bonded to two oxygen atoms. CO2 plays an important role in the regulation of the Earth’s surface temperature through what is known as the Greenhouse Effect – the process whereby radiation from our planet’s atmosphere warms the surface of the planet to a temperature that exceeds what it would be without the presence of its atmosphere. Carbon dioxide is also a key player in the carbon cycle, a biochemical cycle where the element of carbon is exchanged between biological systems – from ocean to land, land to sky and atmosphere, and then sky and atmosphere back to the ocean. We exhale CO2, contributing to its presence in our atmosphere when we breathe and plants absorb this exhaled CO2 through the process of photosynthesis in order to grow. When there is too much carbon dioxide in the atmosphere as a greenhouse gas (GHG) it can pose problems for the livable temperature of the planet by trapping the energy of the sun and causing global warming.

What’s the Problem with CO2

The release of extra CO2 into the atmosphere through the burning of fossil fuels, for example, traps heat within the thin protective atmospheric film blanketing the earth, which causes a global warming phenomenon linked to climatic instability and major shifts in weather and natural conditions and formations. The Clean Air Act was established in 1963 by the United States Environmental Protection Agency (EPA) to regulate greenhouse gas emissions such as CO2 and to curb air pollution on a national scale.

Nitrogen oxide, or oxides of nitrogen are atmospheric pollutants formed when fuel is burned at extremely high temperatures and it represents a highly reactive and poisonous family of gases. NOx is considered to be a pollutant and is emitted into the atmosphere through the exhaust of vehicles, trucks, heavy equipment, watercraft and industrial equipment and locations such as refineries and power plants. Brownish hued in color, NOx is considered an oxidizing agent that reacts with other atmospheric gases and particles as well as the volatile organic compounds (VOC’s) that produce smog, ground level ozone, haze, acid rain and fine particulates associated with a spectrum of health concerns.

What’s the Problem with NOx

Nitrogen dioxide is considered to be an irritant gas, causing respiratory conditions and allergies from inflammation of the airways and lungs when found in high concentrations. In heavily populated urban areas with extreme emission concentrations, NOx poses a significant health concern. The EPA created the National Ambient Air Quality Standards (NAAQS) for monitoring NOx, specifically nitrogen dioxide (NO2) in the atmosphere. The NAAQS manages air quality levels, keeping NO2 emissions at a relatively acceptable level of safety for public health and welfare.

At SCL, we’re here to protect and optimize the machines that keep our country moving and we pride ourselves on providing superior logistics and solutions, extensive product and industry knowledge and total performance satisfaction for our customers. We take compliance with emissions regulations very seriously and strive to educate our customers on how they can understand the difference between CO2 and NOx to stay ahead of the curve when it comes to the ever-changing landscape of local, state and national air quality standards. For more information remaining in compliance with emissions regulations and air quality standards, contact an SCL Consultant today.