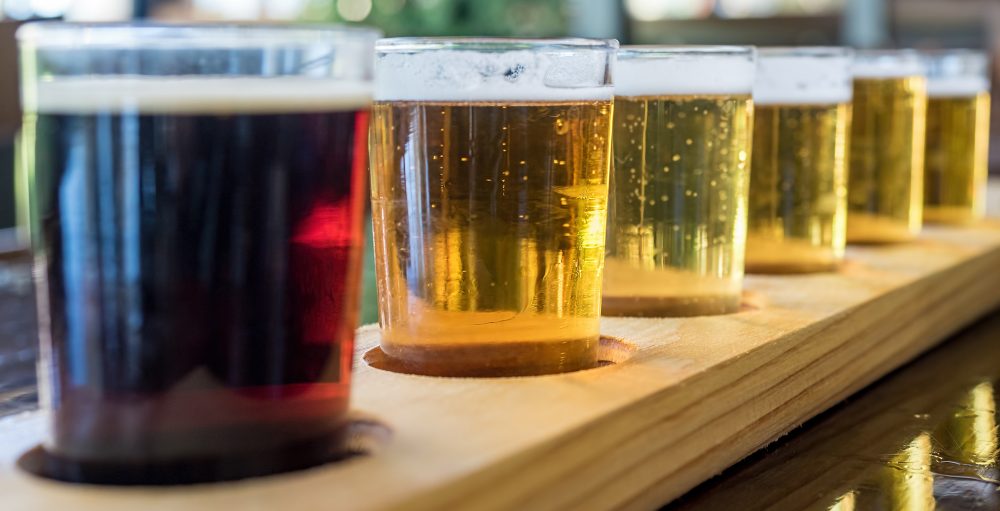 Who in California doesn’t love an ice-cold beer? According to the California Craft Brewers Association, California craft brewing now sits at the epicenter of the American craft brewing movement and continues to lead the nation in number of breweries per capita – more than any other state with upwards of 850 licensed craft breweries as of July 2017. According to the CCBA’s online statistics, craft breweries contributed $7.288 billion to California’s economy in 2015. Those are some serious numbers, and with more than 51,000 jobs created across the state and nearly a million barrels of beer exported annually, the role of craft brewing in contributing to California’s economy is undeniable. As a logistics and solutions provider, SCL has been developing relationships with some of California craft brewing top brewers, providing them with the cleaning supplies and heat transfer fluids that they need to brew their award-winning beer.

In this piece we reached out to Leia Bailey, CCBA’s Managing Director to ask her a few questions about her work as an advocate within the state of California. Says Bailey, “To be in the California craft brewing world, a love of beer is a prerequisite since overall it’s a very passion-driven industry. I’m a huge lover of beer and work to advocate for brewers within the state of California because the alcohol beverage industry is one of the most highly regulated industries in California. We work closely with Alcohol Beverage Control (ABC), the regulatory agency in Sacramento to to educate craft brewers about the regulations that impact their industry.” Along with the CCBA, her primary issue is the protection of equal access to market so that smaller craft brewers can have an equal opportunity to compete with large-scale beer manufacturers. According to Bailey, the California craft brewing regulatory structure is one of the more beneficial in the nation, promoting equal access to market so that the industry doesn’t become monopolized. “Our regulatory structure is good for consumers because it supports diversity and the demand for full-flavor craft beer has expanded dramatically. That demand is now seen around the world, and craft breweries continue to push the boundaries, creating new and innovative styles and providing the best quality beer.”

Bailey’s favorite part about working for the CCBA and the brewing industry in California – The people. “Ultimately, it’s a community driven industry and the people are really what make it magical. The most important thing for beer enthusiasts to do is go meet the people who brew your beer –  your neighborhood brewers. They’re creative and innovative people and it’s not something they’re doing for the money. They’re brewing beer because they love it. When you take the time to meet them and to ask questions about their creative process, that’s where you really start to connect with where your beer comes from.”

According the San Diego Brewers Guild, San Diego has become the “Capital of Craft,” where California craft brewing is well known for its excellence, a commitment to fostering a culture of cooperation and for producing award-winning, exceptional beer. Behind the pale ales, the stouts and the IPAs, we at SCL have the same commitment to getting brewers the right product at the right time as they do for delivering high quality beer to their customers. That’s why many of California brewers rely on SCL to provide them with everything they need from specific cleaning products to food grade oils and propylene glycol. By helping them keep their operations running smoothly, focused on the highest level of quality while also remaining in compliance, they can stay focused on what they care about most – making the best beer possible.

In a wide range of industrial sectors, if there’s metal touching metal, oil is involved. At SCL, we’re here to protect and optimize the machines that keep our country moving and we pride ourselves on providing superior logistics and solutions, extensive product and industry knowledge and total performance satisfaction for our customers. For information on how we can assist your organization in choosing the right products at a competitive price, contact an SCL consultant today.