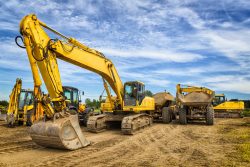 Although DEF with 32.5% still remains king for most auto engines, many manufacturers of marine equipment and vehicles like earth movers recommend a 40% urea solution to better control pollutant emissions – it’s often just a challenge to find.

Now available through SCL, 40% urea solution is – many times – “the optimal number to achieve the right emissions standards,” said Robert Santich, managing director of Top Blue USA, a leading supplier of DEF and urea solution in southern California. “A lot of people think using regular DEF is OK, even if the manufacturer requires different, and it’s not. If you are going to minimize pollutants in the expelled area, you have to meet manufacturer recommendations.”

Since 2010, truck manufacturers have battled emissions legislation while attempting to maintain and improve the engine torque of their vehicles. In most cases, the solution has been Selective Catalytic Reduction (SCR), an aftertreatment technology that addresses nitrogen oxide (NOx) without changing combustion conditions.

Although use of DEF (32.5% urea) does not degrade that SCR system, using a lower-quality fertilizer urea can. Short term, it has been known to cause DEF tank sensors to malfunction, reducing engine power and eventually preventing the engine from restarting.

That finding has led many operators to favor DEF over 40% urea solution despite manufacturer recommendations – in part because there is no ISO spec for 40% urea and, therefore, no standard for quality. Many believe that lack of standard means anything outside of 32.5% represents a lower standard.

“A lot of manufacturers for marine engines and for vehicles like earth movers that require a lot of torque and thus use a lot of diesel suggest using a higher percentage of urea solution,” Santich said. “It’s not as commonplace right now in the United States, but it is often a manufacturer’s recommendation – whether operators realize it or not. When the proper percentage is used, the SCR system will be protected.”

The most important factor, Santich said, is that if engines do require a 40% urea solution it comes from a reputable manufacturer that can verify the percentage.

“We have a QA program that states any tanker that’s picked up from us or any shipment from us we can trace back to a batch number that’s assigned to a lab,” said Santich, who oversaw production of 5 million gallons of DEF last year.

A higher percentage of urea does not impact consumption, as that is also tied to manufacturer specs, but it can create a more optimal environment for engines if that is what the manufacturer recommends.

“Increasing the percentage of urea can help lower pollutants coming out of the tailpipe more efficiently, particularly in applications where there’s a high-torque, high demand on the engine,” Santich said.

The result isn’t necessarily more fuel being burned, but instead an increased demand on the engine since it’s responding to what’s coming out of the tail pipe. If a 40% urea solution is recommended to better control that dosing rate, then the wear and demand on your engine would be better suited to following those manufacturer recommendations.

“The bottom line is our goal is to help all of our customers run all of their machines more efficiently,” said SCL VP of Customer Solutions Dan Dziwanowski. “If we have customers whose machines are designed to run more efficiently on 40% urea rather than 32.5% DEF than it’s our job to help them find that solution and source it for them. Our team can do that.”

Oftentimes, in addition to marine vehicles, 40% urea is favorable in some agricultural equipment as well as stationary and locomotive engines.

For more information on manufacturer specs of your equipment or to source 40% urea solution as well as 32.5% DEF, contact your SCL representative.